In 2019, after concerns were raised about the presence of N-Nitrosodimethylamine (NDMA), also known as dimethylnitrosamine (DMN), in pharmaceuticals, it was reported in the newspapers that NDMA was also present in the over-the-counter drug Zantac (ranitidine). When it was originally released by GlaxoSmithKline, the drug was so effective at dealing with excess stomach acid and the treatment of gastroesophageal reflux disease (GERD), that it became one of the most commonly prescribed medications in the United States.

There are more than 20 different volatile nitrosamines and nearly all of them are formed during chemical synthesis involving nitration. It has been known since the middle-1970s that these chemicals were formed at very low concentrations almost every time this type of syntheses was needed to produce a commercial product. Among the first national alerts about the presence of these chemicals involved the extremely successful herbicide Treflan. One of the principal scientists in our group, was on the primary team tasked to conduct a risk assessment of that contamination. In conjunction with EPA and FDA, the assessment was approved, and the manufacturer worked to achieve the concentration that both agencies considered acceptable. 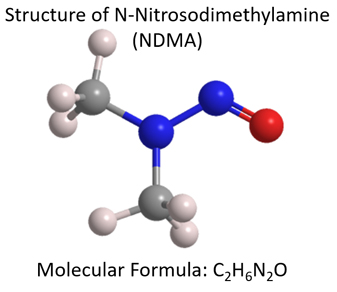 It is no surprise that concerns and the associated litigation has again surfaced. Analytical chemists now have the capacity to measure concentrations less than one part in 1 trillion. In addition, this family of chemicals is among the most potent at producing tumors in animals. Nonetheless, the nitrosamines have been present in meats for thousands of years and, indeed, the processing tends to produce additional nitrosamines.

As is true in nearly all toxic tort litigation, there is a tug of war between those who say “The chemical is an animal carcinogen, so let’s ban it” vs. those who say “There is a safe dose for every chemical so let’s decide that concentration and see if the drug or commercial product can meet that criteria.” The Zantac litigation, which is fundamentally less than one year in age, has all the markings of a major dispute between perceived hazard and what society usually considers “safe”.

Our firm believes that courts will reach reasonable conclusions if they have all the facts regarding the doses of NDMA to which persons who used Zantac were allegedly exposed to and if they are informed of the results of a thoughtful risk assessment. We look forward to assisting firm who are facing any litigation involving the nitrosamines in nearly any food or consumer product.

Judges’ Rulings for Nitrosamines in Pharmaceuticals: Favorable Verdicts for the Defense

Study Reports Association Between Hair Straightener Use and Uterine Cancer: A Risk Assessment is Needed